The Cinema of Oblivion. Polish Documentaries on Litzmannstadt Ghetto

Films about the Litzmannstadt Ghetto (in Łódź) still have far  less media  coverage than productions about the Warsaw Ghetto, which is  usually a key motif in Polish films dealing with Judaism. This state of affairs results from the rarity of monuments and other representations of the tragedy of the Litzmannstadt Ghetto both in the city of Łódź and in Poland in general. The memory of the ghetto suffers from being unrepresented and suppressed by the kind of memorials that tell the story of those who survived and those who saved Jews, rather than those who lost their lives. Polish documentaries about Litzmannstadt Ghetto are usually characterized by artistic simplicity and limited distribution – with the exception of Likwidacji 08.1944 / Liquidation 08.1944 by Michał Bukojemski and Marcin Miller, the first Polish 3D documentary. If we were to classify such productions thematically, we may distinguish the following topics among the recurring ones: the Ghetto as a whole, the Great Szpera, biographical films and the motif of returning to the ghetto. The last one is represented in the stories of Czech survivors who return to Łódź, as depicted in documentaries by Borys Lankosz and Pavel Štingl. Until the 1990s documentaries about the ghetto were often characterised by off-screen narration dominating the visuals. Since the 1990s the survivor as witness and commentator has appeared,  their presence recorded with a realistic mode of representation, strengthening the identification with Jewish characters. The footage recorded by German crews in the ghetto in 1940 do not appear in Polish documentaries at all. On the contrary, the usage of photographs taken during the ghetto times by Walter Genewein, Mandel Gross and Henryk Ross is rather frequent. 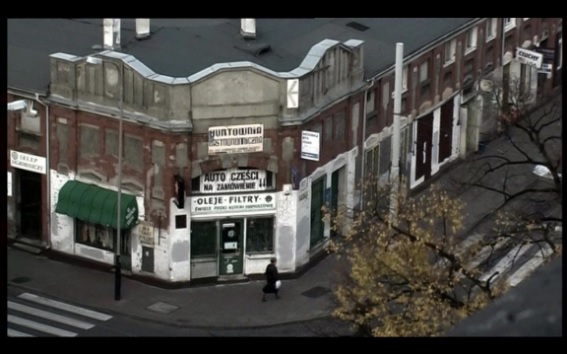