Welcome to Panorama Theresienstadt. Cinematography and Destruction in the Town Called “As If” (Reading H. G. Adler)

In his Theresienstadt 1941/1945, Hans Günther Adler describes episodes of film making in Theresienstadt giving most attention to the history of the production of the 1944 film. He sums up the episode calling its purpose and organisation by the SS “the gruesome carnival”. Interesting enough, while giving a whole chapter in the book to a description of Theresienstadt’s cultural life, Adler never mentions the film among other examples of cultural expression but inserts its description into Theresienstadt’s administrative chronicle. The film receives a place for itself within the context of the bureaucratic transformations of Theresienstadt from a closed camp into a “ghetto” and finally into a purely decorative “Jewish settlement”. This latter transformation Adler describes as part of the cynical campaign of “Verschönerung” of Theresienstadt, an attempt of the SS and the administration to make it presentable to international observers. Adler describes the cruel film carneval as the campaign’s piece de resistance and thus resolutely excludes the film from the domain of cultural phenomena as if rejecting any possibility for its redemption. Instead, he inscribes the project into the administrative logic of extermination, filmmaking becoming an additional – inventive in its cruelty and effective – technique of moral extermination in the world of “der verwaltete Mensch”. In this article, I emphasize Adler’s view of the moving image as a predominantly administrative means, and not a medium of cultural expression. This view becomes quite challenging and complex if Adler’s witness account of the film project in Theresienstadt is read together with his reflection on mechanically reproducible, and especially moving, images in Adler’s fiction. I will focus on Adler’s treatment of the image and image technology in his novels Panorama and Eine Reise / The Journey, with a special attention to the way he considers the relation between the apparatus, memory, and witnessing. 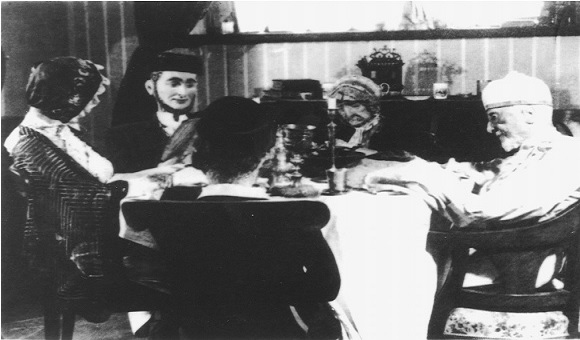