DAU. “Sometimes this space can hurt you.”

DAU is an experimental project at the intersection of performance art and cinema, initiated and led by Ilya Khrzhanovsky, and taking as its subject the Soviet Nobel laureate Lev Landau (1908–1968), a theoretical physicist who worked in the Physico-Technical Institute (UFTI) in Kharkiv in the 1930s. It was originally planned as a biopic but gradually an immersive art installation developed alongside it. Khrzhanovsky established his film set in the Ukrainian city and, between 2009–2011, hundreds of participants - almost all non-professional actors - lived and worked at the ‘DAU Institute’, a simulation of Soviet life. The first films created from the material shot at the DAU Institute were released in Paris in January 2019, and an immersive DAU event took place in two Paris theatres and the Centre Pompidou, for which visitors had to obtain a DAU visa. Two more films – DAU. Natasha and DAU. Degeneration – were released in the 2020 Berlin Film Festival. In April 2020 several films became available online.

In the light of ongoing controversies surrounding the production process of the DAU project and films, Apparatus Journal canvassed opinions from writers, academics and curators. We are publishing  academic essays as well as artistic and personal responses, some addressing the writers’ experiences of DAU (the films and/or the events) and some the wider ethical questions surrounding them. Apparatus Journal regards this as a jumping-off point and a stimulus to the future debates that will undoubtedly unfold as the repercussions of DAU become clearer.

Thanks to Elizaveta Shishkina. 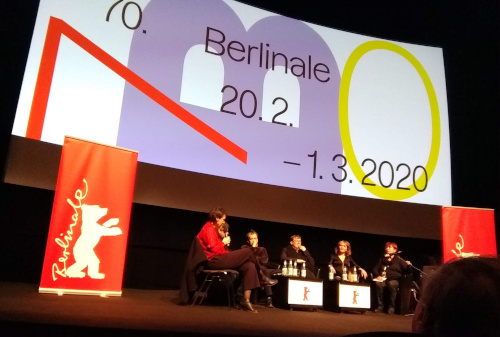