‘Medical Doctors Rule the City’: Roman Załuski’s Zaraza / The Epidemic and the 1963 Smallpox Outbreak in Wrocław

Using film analysis and primary and secondary sources, this article examines Roman Załuski’s Zaraza /The Epidemic (1971), the only pandemic feature film produced in Poland to this date. The movie is inspired by the 1963 epidemic of smallpox in Wrocław, one of the last outbreaks of this disease in Europe. The epidemic resulted in 99 infections and seven deaths. The authorities responded with the mass vaccination of 426,000 residents (95% of the city’s population), the compulsory isolation of infected patients and all those who came in contact with them, and the cordoning of the city. Wrocław was declared free of smallpox in September 1963, two months after the discovery of infections. Załuski’s film outlines the course of the epidemic and measures taken by health services and authorities. However, the movie does not provide a precise, documentary reconstruction of the 1963 events. Instead, Załuski aspired, in his own words, to tell a universal, realistic story about a plague and the medical and social responses to it. He changed the names of real-life people and introduced fictional subplots and characters, including the main protagonist, epidemiologist Adam Rawicz (Tadeusz Borowski). This article concentrates on Załuski’s portrayal of the epidemic, especially, his depiction of healthcare workers, medical procedures, and social reactions. It argues that the director’s representation of the struggle against the epidemic is hardly universal and significantly differs from cinematic conventions common in the West. Shot in communist Poland, The Epidemic depicts the outbreak of infectious disease and its handling in a non-democratic country under state socialism. Hence, the movie provides invaluable insights into physicians’ relationship with the authoritarian state.

Mikołaj Kunicki, University of Wrocław
Mikołaj Kunicki is an Adjunct Professor at the Institute of Journalism and Social Communication, University of Wrocław. Before coming to Wrocław, he taught history at the University of Oxford, University of Notre Dame and University of California at Berkeley. From 2013 to 2016 he was the director of Programme on Modern Poland in St Antony’s College. Kunicki received his PhD in History from Stanford University in 2004. His research concentrates on communism, nationalism, authoritarianism and their relationships with popular cultures of cinema and performing arts. He is the author of Between the Brown and the Red: Nationalism, Catholicism and Communism in Twentieth Century Poland (Ohio University Press, 2012) as well as articles and book chapters on 20th-century Polish and European history, cinema, nationalism and contemporary politics. 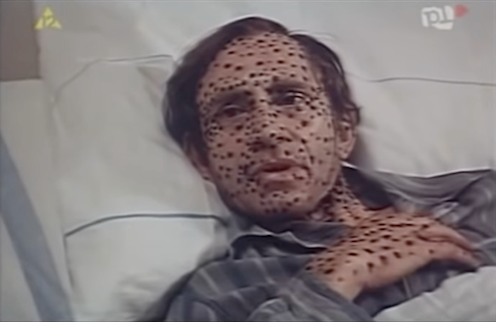