An Interview with Jekaterina Oertel, Head of Make-up and Hair Design, Participant, Co-Director, and Editor on the DAU Project

This article is a transcript of a two-hour interview with Jekaterina Oertel, who worked on the DAU project from 2008 to 2018 in a range of key roles, including as the head of make-up and hair design; a participant, or actor; a co-screenwriter; and the editor and co-director (with Ilya Khrzhanovskiy) of seven DAU films and two DAU series. The questions seek to elicit Oertel’s perspective on various aspects of four broad topics: the shooting process in Kharkiv between 2008 and 2011; the editing and co-directing process, conducted in London between 2012 and 2018; the films that Oertel co-directed, with particular focus on DAU. Katya Tanya; and the aims, outcomes and reception of the DAU project as a whole. 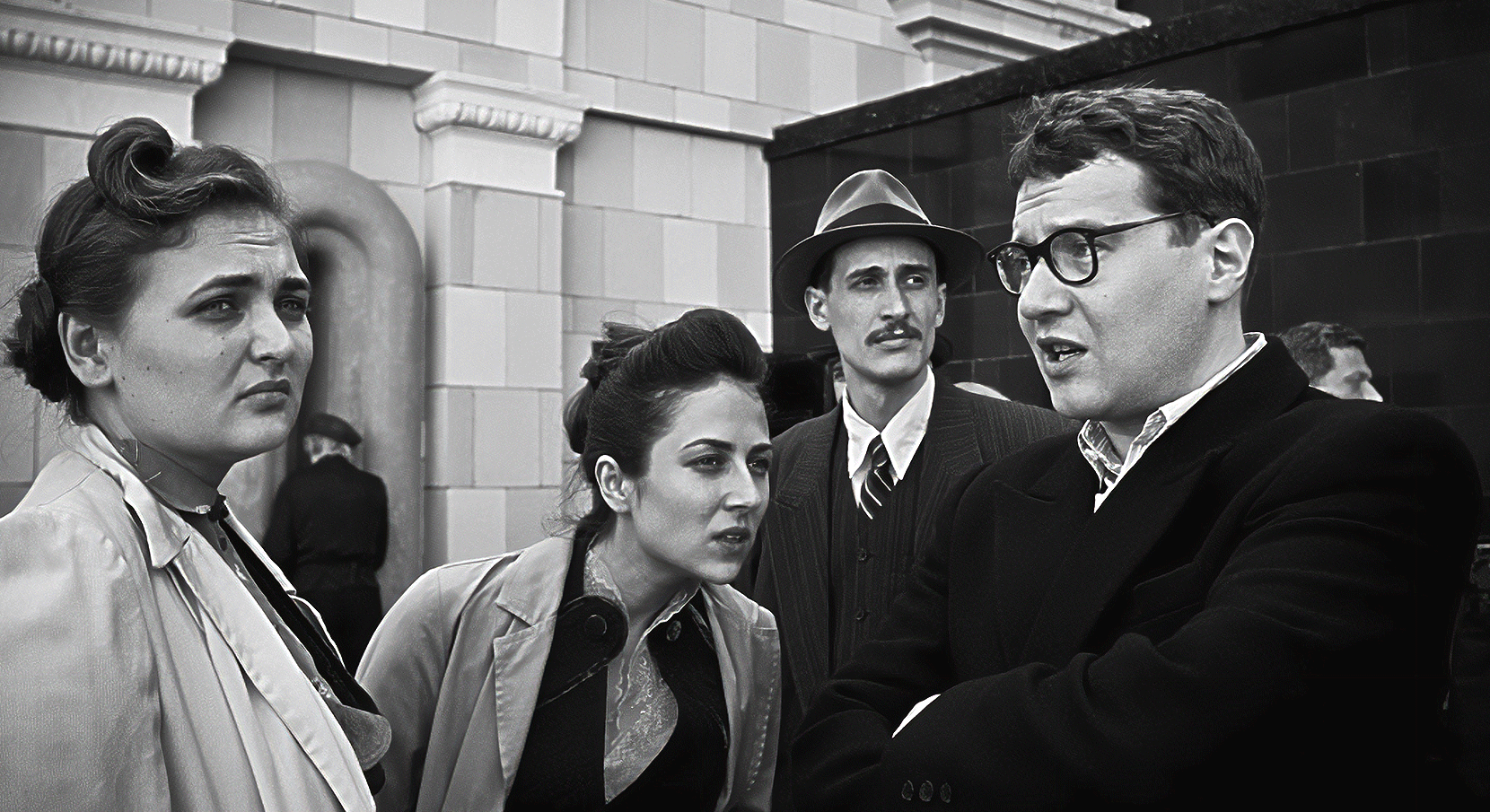 Published
2022-06-20
How to Cite
Morley, Rachel. 2022. “From Soviet Hairstyles to Contemporary Gender Politics: An Interview With Jekaterina Oertel, Head of Make-up and Hair Design, Participant, Co-Director, and Editor on the DAU Project”. Apparatus. Film, Media and Digital Cultures of Central and Eastern Europe, no. 14 (June). https://doi.org/10.17892/app.2022.00014.291.
Download Citation
Issue
No. 14 (2022): Soviet Playtime: Architectures of Power and Profligacy in DAU
Section
Interviews