In this work I hope to illustrate how female authorship emerged within the circle of the Soviet avant-garde, using the example of Lilia Brik’s (1891–1978) little-known film Stekliannyi glaz, released in 1929.

Self-reflexivity is a common feature of Soviet films of the 1920s and was actively employed both in documentary and fiction films. The allusion to the medium itself can, on the one hand, act as a pedagogic tool or, on the other hand, can be employed simply for entertainment purposes. It is, in fact, not uncommon to see combinations of both purposes within a single work. In this article, I would like to concentrate on two central self-reflexive activities: first, the putting-on-display of cinematographic processes, such as, for instance, slow motion or montage, and, second, the use of archival materials – meaning, in this case, previously available acted or documentary film materials. 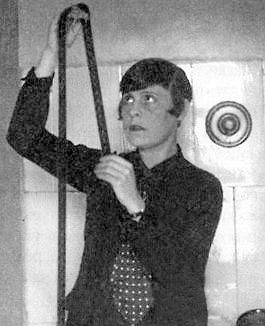