In the Russian Empire, the panoptic gaze and the panoramic view developed and were closely intertwined from the late eighteenth century onward. Both scopic regimes required a specific organisation of space and visibility in order to establish a dual relation between the observers and the observed, as was the case in the cinematograph that emerged later. This article aims to reconstruct their interconnection, starting from the “inspection trip” that Empress Catherine II made to Crimea in 1787 and drawing in descriptions and depictions from contemporary newspapers, travelogues, and paintings. During the early nineteenth century, the newly established public life of the promenades and parks in Saint Petersburg was captured by both viewing regimes; however, the distance between the observers and the observed was reduced. At the same time, a new form of moving panoramas emerged, such as The Promenade to Catherinehof on May 1, 1824-25 by Karl von Hampeln (Karl K. Gampel’n), who introduced various self-reflecting motifs of seeing and observing into his carnivalesque procession. The same visual and spatial phenomena were also described in contemporary city feuilletons about Saint Petersburg, dedicated to early tourist excursions, which were closely linked to the imperial and dynastic memory cultures. The author analyses a feuilleton about the Catherinehof promenade written by the journalist and publisher Fadei (Tadeusz) Bulgarin, who participated in it. After the suppressed Decembrist uprising in 1825, the distance between the observers and the observed again increased, as in the Panorama of Nevskii Prospect by Ivan A. Ivanov from 1830-35. Around 1900, when panoramas began to compete with the early cinematograph, the cinematic Panorama of the Trans-Siberian Railway in the Pavilion of the Russian Provinces at the World’s Fair in Paris conflated the imperial and the tourist gazes, exhibition and self-representation, the panoptic gaze and the panoramic view. Finally, the author traces both the scopic regimes in urban film and cinema trains during the 1920-30s and in Aleksandr Sokurov’s film Russkii kovcheg / Russian Ark (2002, Russia, Germany, Japan, Canada, Finland and Denmark). 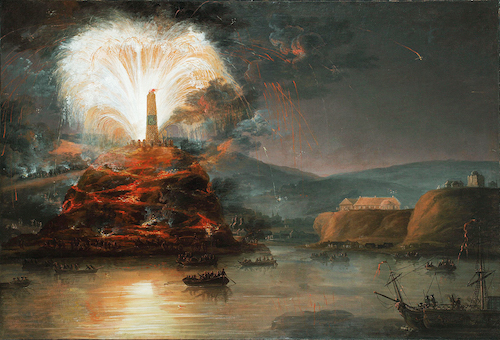